Mine! A Celebration of Liberty and Freedom for All 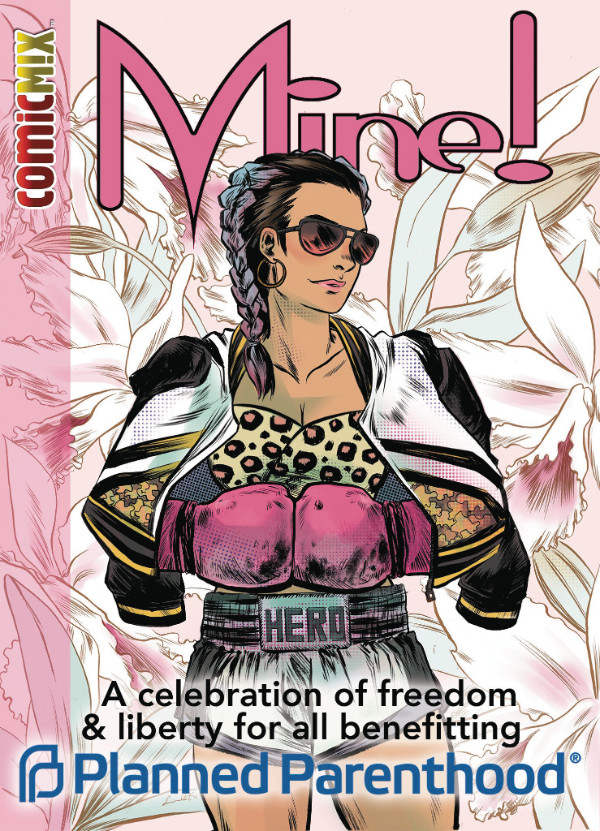 Hannibal Tabu and Quinn McGowan were asked to contribute to the Ringo Award winning ComicsMix benefit anthology alongside ...

... and many more in a successful Kickstarter campaign that garnered critical acclaim.

In McGowan and Tabu's story, the heroine Faze is at the center of an efforts fighting against the forces that would prevent women from getting health care they need. Description from the publisher:
Planned Parenthood, and the millions of people they help each year, need every bit of help they can get. Mine! is a comics anthology with the proceeds going to Planned Parenthood. Join Eisner, Harvey, Oscar, and Emmy award winning creators for stories about trailblazing women, civil rights leaders, a person's first time going to a PP clinic, debunking myths about sex, STI screenings, HIV/AIDS treatment and prevention, fantastical stories with superheroes, Greek mythology, and a future both with and without Planned Parenthood.

Available on Amazon and at comics retailers

Don't take our word for it on how awesome we are. Here are some other people who agree.